Of mobile devices graphically This new PUBG game, which is expected to push its limits pre-registrations It started on Google Play. In the following days App Store also through pre-registration can be made. Used Global Illumination thanks to technology not just better graphics, also more stable a game will appear.

The game’s Google Play page, the cover article and the trailer you can find it below. 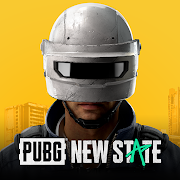 100 competitors will face each other and only one player or team will be the last survivor, using a variety of weapons and tactics. With the ever-shrinking Blue Zone, players must find weapons, vehicles, and usable items to gain the upper hand. In this epic showdown, only the strongest will have the title of “Survivor”.