With the transition to electricity, automotive giants started the race to create a new brand identity. Recently, some manufacturers such as Volkswagen, Kia, Opel and Peugeot to logo change we witnessed. The last producer to join this trend is also Renault happened.

French manufacturer Renault has confirmed that the company logo will also change as part of the electrification process of its product range. Created in 1992 and overhauled in 2015 that the last logo is now getting old In the statement, it was announced that the new logo will be 2-dimensional, just like other brands.

Renault’s new logo was actually introduced in recent months. electric Renault 5 concept we saw it on. Stating that they have been working on a logo that will look better in the digital environment since 2019, the brand officials stated that after displaying the logo on the concept, they received good feedback and decided to implement this change.

We call it the new logo, but Renault has a kind of that you are back It is worth noting. Because when we look at the design of the logo on Renault 5, we see that it is very similar to the logo of 1972. Of course, the diamond shape, which has been the main idea of ​​the logo since 1925, continues to exist. If you remember, Peugeot followed a similar path and introduced a logo that was very similar to its logo in the 60s.

Renault’s logo change will be a gradual process. First of all, models such as the new ZOE in advertising campaigns, then we will see the new logo on the company’s social media accounts. The first model bearing the new Renault logo is in 2022 It will appear. By 2024, all Renault models bear the company’s new logo. it will be. 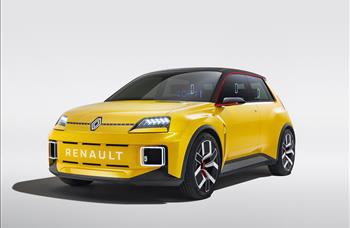