In the past weeks, Anandtech’s Core i7-11700K After publishing its review, other review teams started publishing their own reviews.

It is useful to underline it before going into details. Chips yet under final version BIOS They may not be performing as they should be because they are not working. As a matter of fact, Intel had increased the performance of its models with the first BIOS published after the date of sale.

Affordable Rocket Lakes in the test

Core i5-11600KF ve Core i5-11400F In the Rocket Lake processor family Cypress Cove It is one of the most affordable solutions with its cores. Both chips do not have the Gen12 integrated graphics unit at the same time. PCIe 4.0 also offers support.

While the overclock-unlocked solution from the models that entered the test on the Gigabyte Z490 Aorus Ultra motherboard with 3600 MHz RAM reached 85 degrees in the tests Up to 209 watts exhausted. The 65-watt TDPli model saw 145 watts while reaching 70 degrees. Finally, let’s also mention that the models are cooled with the PCCooler’s GI-CX360 ARGB cooler. 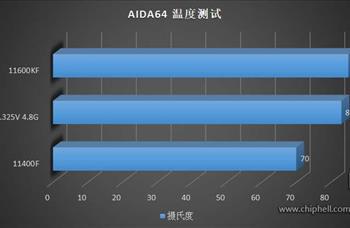