Eyes on Ryzen 5000 processors out of stock new architecture on APUs to be based.

Not yet announced by AMD Ryzen 3 5300G APU’su eBay’de From $ 177 listed. The vendor who noted that the iGPU accompanying the 4-core-8-thread APU is not working because the drivers are not ready, the vendor did not specify the source of the early engineering sample chip.

However, motherboard manufacturers are already supporting Cezanne APUs. BIOS’lar not prepared. Reportedly operating at 3.5 GHz, the model CPU-Z 3003 points in the multiple track test While buying, it is seen that he got 570 points in the single track test.

See Also. “Intel can use 10 nm in multiple generations, Raptor Lake is coming”

2685 points in the multi-track test of the Cinebench R20 Ryzen 3 5350G Cinebench R15 scored 2068 points. Finally, although AMD offered the Ryzen 3 5300G’s predecessor, Renoir APUs only to OEM manufacturers, it later had a different model with the same features. Ryzen 3 4350G for $ 149 Let us remind you that it is on sale. 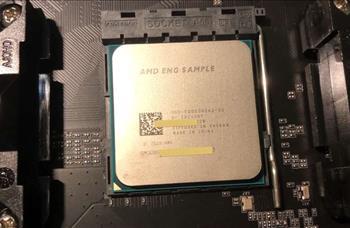