New Toyota Proair City in Turkey Dream, Flame X-Pack and Passion X-Pack It can be preferred with hardware levels named. Under the hood PSA sourced 1.5 liter diesel engine available. There are 5-speed manual and 8-speed automatic transmission options at the Dream hardware level, which can be preferred with a 100 hp diesel engine. The upper trim levels are only sold with automatic transmission.

The new 2021 Audi A3 and A3 Sportback sedan Turkey deals

See Also. “The technical details of the new Kia K8 have been revealed: engine options and more”

Proace City will be sold only as a glass van in our country. The glass van version with 5 and 7 seat options has an 8-inch touchscreen multimedia screen. Toyota states that in addition to the wireless charging feature, connectivity features such as Apple CarPlay are standard on all versions. In addition, Proace City also has a head-up display depending on the hardware level.

There are a number of increased safety features in the new Toyota Proace City, which does not compromise on safety as well as comfort. Features such as Front Collision Prevention System, Traffic Sign Recognition System, Lane Keeping Assistant, Adaptive Cruise Control System and driver fatigue warning system draw attention in this area.

As well as the price of Proace City at the event organized by Toyota all Toyota models no longer 5 years, with a 150 thousand kilometer guarantee It was also announced that it would be sold. 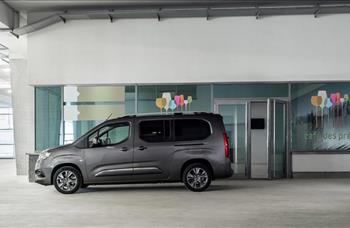