Published and developed by Mistwalker Corp Fantasian of the JRPG genrerecently made its debut.

See Also. “More than 30 new games have been added to the Apple Arcade system: NBA 2K21, Don’t Starve and more”

30 new games have been added to the Apple Arcade system recently, and one of these games is Final Fantasycreator of Hironobu Sakaguchi’nin The new JRPG game Fantasian. In addition, this new game called Fantasian their music also known from Final Fantasy Nobuo Uematsu orderiyor.

Also the game, more than 150 handmade diorama It has a visual created using. Therefore, as you can see in the trailer below, the game a unique visual has style. Special effects used in the game Godzilla, Attack on Titan ve Ultraman It was prepared by people who are experienced in special effects working on productions such as. You can find the game on the following name Apple Arcade system. Apple Arcade is free for the first month, then 34.99 TL per month. 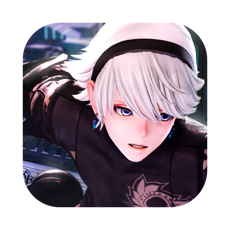