The game, which previously debuted in several countries in Asia, has entered the pre-registration stage all over the world. This is also will be released soon means.

The story of the game The Legendary Moonlight Sculptorbased on the story of. Although it’s generally the same as the story, there are some minor differences. At game Alchemist, Archer, Mage, Paladin, Warrior ve Sculptor You start the game by choosing one of the classes. Navigate the map and get rewards by killing monsters. Also, in the parts of the game where you do not fight monsters you can decorate your home.

If you register for Android right now, when the game comes out with various awards you will be. You can find the Android store page below. Pre-registration for iOS will start soon. 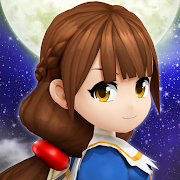