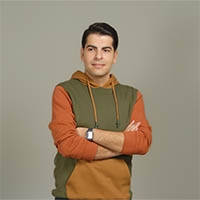 Apple continues to report from Cupertino. The technology giant has announced its new generation iPad Pro model this time. 2021 iPad Pro; It attracts attention with features such as the new Mini-LED display, 5G connection technology, and M1 chip.

How powerful is the new iPad Pro? Here is the AnTuTu score and comparison with the previous iPad Pro

What does 2021 offer with iPad Pro features?

The new iPad Pro comes in two different screen sizes, 11 inches and 12.9 inches. This screen, which hosts the mini-LED panel technology, consists of more than 10,000 LEDs. In this way, the new iPad Pro, which can offer a very good display experience as Pro Display XDR, can provide a contrast ratio of 1,000,000: 1 and a maximum brightness of 1600 nits.

One of the most striking features of the new iPad Pro is that it gets its power from the new M1 chip. Thanks to this chip, which hosts the iPad Pro, 8-core CPU and GPU, it can offer 50% higher performance and 40% better graphics compared to the previous generation. Apple also states that the new iPad Pro is 1500 times faster than the first iPad.

When it comes to this camera, Apple offers significant improvements here as well. So much so that the LiDAR scanner is made much more functional with new models. On the front, the new iPad Pro, which switches to the new 12 MP resolution sensor, can follow the person by automatically cropping during video conferences.