Published and developed by Hideki Hanida, roguelike Fallen of the RoundThe release date has been postponed.

Expected to be released earlier this month Fallen of the Roundhas been postponed due to the developer’s request to polish the game a little more. Fallen of the Round, available in stores of miniatures is the main character to three-dimensional graphics A roguelike game featuring.

In the game as in classic roguelike games will visit the dungeons and you will fight enemies. Most of the game The point where it is assertive and stands out combat mechanics. Of strategy It is easy to learn the mechanics of the game in which it is a little more at the forefront.

Developers especially recommended game for those who like board games, miniature and strategy games, for iOS devices It will debut on April 22. The game on the App Store The price is 27.99 TL. Store page and video of the game you can find it below. 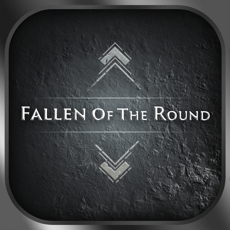 Fallen of the Round